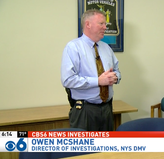 Rep. Neilson said of the award, "The General Assembly made real strides in May to get Pennsylvania in compliance with the federal law and as a result, the Department of Homeland Security granted us with yet another extension to work towards that compliance. I am proud to receive the Recognition Award for Homeland Security Leadership and Public Engagement and to have been part of the movement to assure Pennsylvanians would not need to get passports to board a plane or to have access to federal facilities." Click here for the story.

At its 2017 international conference this summer, the American Association of Motor Vehicle Administrators (AAMVA) announced an operational Proof of Concept for a mobile driver's license (mDL). In putting together this concept, AAMVA commissioned a working group that includes DMV and IT officials from many US states, Canadian provinces, and private companies, with the mission to make mDLs a common means of identity throughout the country. AAMVA also released a short video on how this technology works. Click here for the video.

Owen McShane, Director of Investigations for the New York DMV, says that many people ordering fake IDs online are finding themselves victims of identity theft. In the video to the left, McShane says that when customers send photos of their real licenses to vendors in order to "verify they aren't law enforcement", their identity information bounces all over the world. Click here to watch the video from CBS6-Albany.

25 revenue offices across the State of Arkansas began issuing REAL ID compliant driver's licenses on October 3. The state is calling its compliant licenses the "Voluntary Enhanced Security Driver's License," not to be confused with Enhanced Driver's Licenses (EDLs) which contain RFID chips and can be used to cross land borders in lieu of a passport. The REAL ID compliant licenses will be optional for Arkansas residents and can be used for identification at federal checkpoints, like TSA and military bases. They will cost $40 or $10 to convert a current, valid driver's license. Click here for the story.​​

As more states come into compliance with REAL ID requirements and the deadline approaches, many DMVs are producing excellent video guides to walk customers through the changes. Take a look at some of the videos we've collected.

Montana will begin issuing REAL ID compliant driver's licenses and ID cards in January 2019 - but it has already started a highly impressive public information campaign spearheaded by the best REAL ID focused website that we've seen. The Montana Motor Vehicle Division unveiled MTrealid.gov on September 5, 2018, which not only conveys all of the Treasure State's important REAL ID compliance information to customers in a clear, concise, and illustrative manner, but also provides an interactive chat dialogue for those with further questions. The MVD's efforts will no doubt help with a smooth REAL ID roll out for the state's well-informed residents. Check it out and see what a truly effective awareness campaign looks like.

Maine Governor Got REAL ID Bill he Sought from the Legislature​​

​Maine's Governor Paul LePage got what he asked for from the the state legislature. His April 28 signature on a bill enacted a new law to authorize compliance with the REAL ID regulations. Maine residents will now avoid hassles at airports and military bases, thanks to the Governor's leadership on secure identification.
Click here for the story.

This new report projects potential costs by the end of calendar year 2018 for “once a year” travelers from the estimated 60% of Pennsylvania citizens who do not now possess passports range from a best case of $406 million cost to a worst case of $966 million. The government of Pennsylvania should take necessary legal and process changes to come into compliance with the REAL ID Act without delay. Click here for the report. 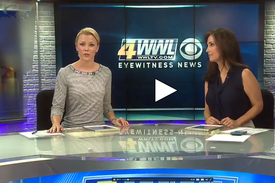 Keeping IDentities Safe President Brian Zimmer presented the Ohio Bureau of Motor Vehicles with an award for Document Security Excellence in Columbus, OH on Sept. 4, 2018. The award recognizes innovative card upgrades to the security features and physical attributes that reduce counterfeiting and improve the reliability of card authentication by government and business. 145 BMV employees received certificates of achievement, recognizing their individual contributions to improvements which protect identities and personal information and prevent identity theft and fraud. 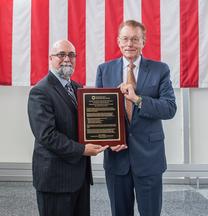 In November and December 2018, Keeping IDentities Safe handed out three different awards in Montana and Maryland for demonstrated excellence in promoting document security. The Maryland Motor Vehicle Administration received the 2018 National Security Excellence Award on December 11 for its decade-long commitment to enhancing the security and integrity of the state's driver credentialing system. On November 14, Keeping IDentities Safe awarded the Montana Motor Vehicle Division with its Public Engagement Excellence Award for the MVD's REAL ID public information campaign and new website, mtrealid.gov.  And on November 13, Keeping IDentities Safe presented an award to a number of Montana State University Billings students and faculty for their roles in creating TV advertisements advising Montanans about the state's new REAL ID driver's licenses.
​Click here for more. 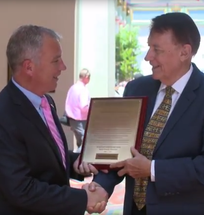 Member of the Following Organizations:

PRESS RELEASE: Keeping IDentities Safe, a Washington D.C. based non-profit, congratulates Illinois and Montana for federal Department of Homeland Security confirmation they have met standards for the issuance of REAL ID compliant licenses and ID cards. Click here for the story. 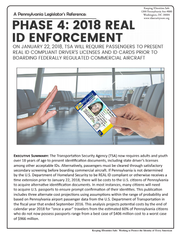 Keeping IDentities  Safe President Brian Zimmer cited as REAL ID expert in Baltimore Sun: Zimmer said that some problems are a result of heel-dragging and opposition to REAL ID, while others are simply due to the nature of the undertaking: Since the law passed in 2005, there have been leadership changes at both at the state and national level, for example. Plus, changing how driver’s licenses are issued across the country requires getting a lot of staff and equipment up to speed, he said. Click here for the story.

At Close of 2018, Keeping IDentities Safe Hands Out Trio of Awards